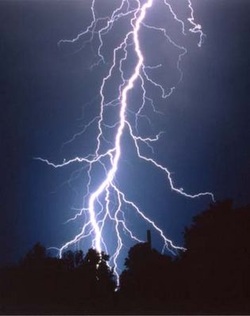 Lesson notes from YTA Founder:  While providing the YTA Speed lesson to 3rd-6th grade students, I do relish the fact that I discuss Special Relativity with children.  In the present lesson on Orbitals and Bonds, I feel the same way while discussing Quantum Physics.

We then discuss the shapes of orbitals that electrons form when they spin around the nucleus. I show them a tennis ball tied to a string that I attach to my finger (see lesson supplies picture below).  I quickly spin the tennis ball around my finger and demonstrate the formation of a donut shaped "orbital."  With the students I measure the rate of spinning and once we have a number for revolutions per second, I ask the students to guess the revolutions per second for an electron moving around a nucleus.  After telling them it is approximately a billion billion revolutions per second, we all agree that an electron probably forms a shape or orbital as well.  But can it form any type of orbital?

A jump rope works very well to have the students illustrate the concept of a fast moving object forming only special orbitals, rather than an infinite number.  This is an example of quantum behaviour in our realm.  The students hold one end of the jump rope in place while spinning the other end to demonstrate that only special patterns are formed (one or two beads).  I then tell the children that it is the same with electrons spinning around the nucleus; only special orbitals can be formed.

I next show the students two sperical balloons of different sizes, and draw two circular orbitals of different size on the board to illustrate two typical electron orbits, 1s (smaller spherical orbital) and 2s (larger spherical orbital).  I usually remind them once again that this is simply a model to help us think about what really goes on with atoms.  Then I ask the students to use the Table of Elements to determine the orbitals for the electrons in hydrogen (one electron in 1s orbital), helium (two in 1s orbital), and lithium (two in 1s orbital, one in 2s orbital).  To assist in this excercise I give the students the additional information that electrons like to be in the orbital that allows them to be closest to the nucleus, but only two electrons can fit in each allowable orbital.

We then move on to the idea that atoms can stick or bond together to form molecules.  Using the hydrogen molecule, H2, I show the students two 1s orbital balloons, and ask them how these two hydogen orbitals would stick together to form H2, the most common form of hydrogen gas.  I pass the balloons around and let the hypotheses flow, eventually taking the larger 2s balloon and twisting it into a dumbell shape.  It is important for this step to have a balloon that is large and not overfilled with air, so that it can be twisted without popping (see picture below).  I walk the dumbell shaped balloon around the classroom and ask select students to describe the location of protons and electrons.  Furthermore, I show the students a model of glucose or water and select additonal students to describe the model in terms of protons, electrons, neutrons, nuclei, electron sharing and other features that might come up.  These descriptions are a great opportunity for children to think and talk logically, with the guidance of the YTA Instructor when necessary.  Many concepts of this and prior YTA lessons can be recalled and discussed while describing the models, so I always go to the end of the alotted lesson time to maximize the number of students contributing in this excercise. 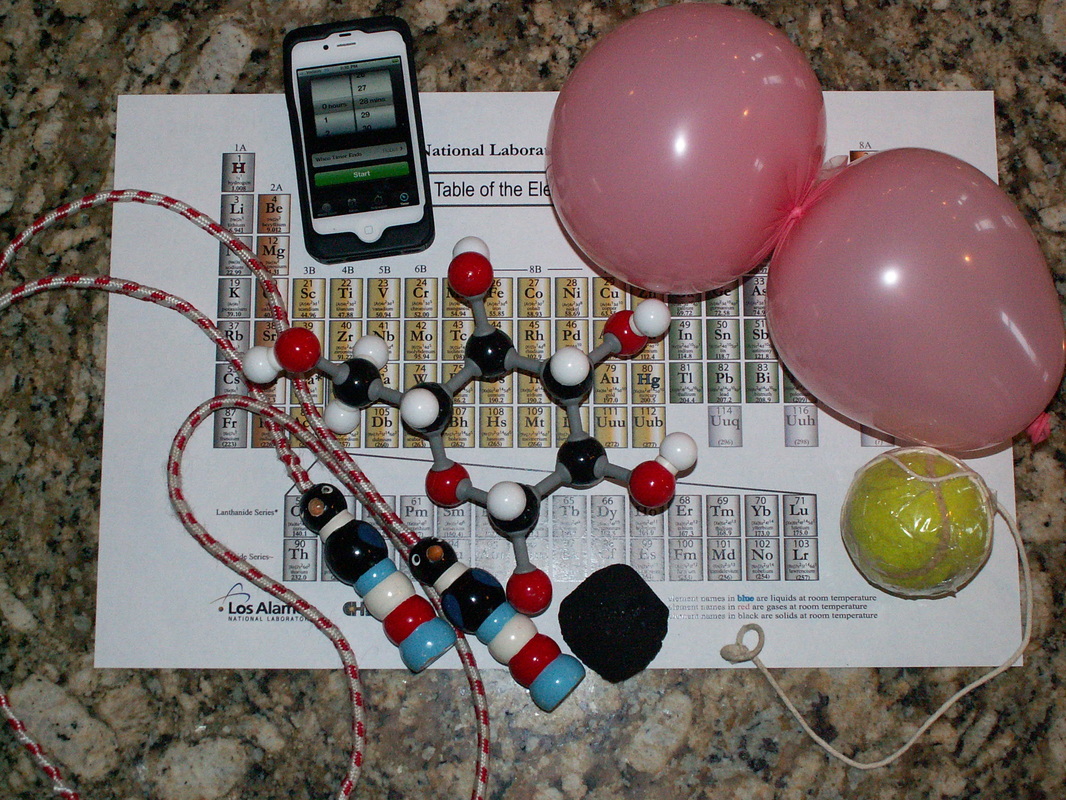