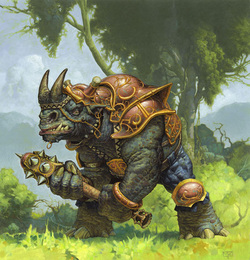 Lesson notes from YTA Founder:  As with the Speed lesson, in the Force and Acceleration lesson I discuss the change in a measured parameter.  This time we discuss the change in the speed of an object, or its acceleration.  The mechanism for changing speed is demonstrated through the application of a force, noting that if there is a change in speed, there is acceleration....and if there is acceleration there must have been a force applied.  During the demonstrations and discussion of this logic, I have multiple children describe what they see, utilizing the lesson's key words.

In this lesson I also start referring back to the trading card's of prior lessons to help the students understand that learning science is a cumulative process where new concepts and knowledge are built on prior learning.

In the beginning of the Force and Acceleration lesson I have the children measure the speed of a student walking in the class, without and then with another student pushing them from behind.  The students are encouraged to note that it is the "force" that was applied that changed the measured speed of the student (=acceleration).  Once the students agree, I write the principle on the board for future reference.

To solidify the principle written on the board, I ask a few children to explain the acceleration of a ball at rest in response to a force applied with their hand.  I then demonstrate to the students that a tennis ball released from a resting position above the floor accelerates towards the ground, even without my hand applying a force.  The students can agree that the speed has changed, therefore there the ball did in fact accelerate....and since there is acceleration there must have been a force.   In this case the force is called gravity which pulls things towards the earth.

Next I release a ball that is on the floor at rest and find that it does not change its speed; it still has a speed of zero.  But there is a force (gravity), so why is there no acceleration?  Let the students consider this puzzle, and see if they can come up with the solution that the floor is applying an equal force on the object, opposite to the force of gravity.  After concluding that the floor is pushing the ball in the opposite direction to gravity, I hold a ball in the air and I do not release it.  I ask the students why the ball is not accelerating and lead the discussion to the conclusion that my hand is applying a force in the opposite direction.  Finally I conclude with them that there must be a "net force" that does not equal zero, to change the speed of an object.  I therefore must correct my earlier statement on the board, to indicate that acceleration indicates that there is a net force, not just a force.  To further demonstrate this, and to give students another opportunity to talk the talk of science, I have two children push another child in opposite directions, so that the child in the middle does not accelerate, because the net force equals zero.

I finish the lesson by providing the children with a feel for Newton's 2nd law of motion, force = mass times acceleration.  At times I have played around with giving the formula to them and adding in numbers to show them the calculation, but this really did not add much value to the lesson.  So now I simply tell the students that Force, like other things that can be measured and has units; in this case Newtons.  I demonstrate that (1) greater forces result in greater acceleration, and (2) greater masses accelerate less than smaller masses if the same force is applied to both.  Keeping it simple leaves more time to get the children involved in further discussion and thinking through selecting students to repeat your logical description to the class.  As a final discussion regarding force, I ask the students for examples of large forces in the world and encourage them to use the lesson's key words to explain their example.